Testing the Limits of Purpose and the Podcast Industry

When I founded FRQNCY Media in July 2018, I knew it was the one.

FRQNCY was my fourth venture, but it hit me in a way I’d never felt before. It was that “stars aligned,” “earth stood still” kind of moment.

The second I started turning the vision into a tangible reality, I felt an indescribable click. I had found my purpose in FRQNCY.

It’s stunning what it means — and looks like — to work in alignment with your purpose.

From day one, it felt as if FRQNCY had a magnetic field around it pulling in clients that aligned most with our mission. I’ve never seen anything like it.

FRQNCY experienced success almost immediately. It was as if the universe had been waiting for us to arrive. Within months of launching, we were working with Fortune 100 companies, A-list celebrities, high-growth tech companies, and advocacy groups — all of which resonated with our mission — to heal, enlighten, and uplift through the power of sound — deeply.

Our first full year in business, we brought in over half a million dollars in gross sales. We were growing fast, especially for a bootstrapped service-based business. And, woo buddy, we were getting all our ducks in a row for a banner second year, during which I expected to double our YOY revenue.

Nothing could have prepared me — or any one of us — for this year. (“Dumpster fire” somehow feels like the nice way to put it.) I’m a planner. I had built a business model that I hoped could withstand an impending recession. We all saw the warning signs for that. Fine. Prepped. Let’s do this.

But a global health crisis?

And an economic crisis the likes of which far surpass any recession we could have imagined?

And a social uprising to protect Black lives and dismantle the atrocities of systemic racism?

Oh, and a political crisis during an election year?

Let me tell you, that’s the kind of thing you don’t plan to face in year two as a startup founder and CEO.

This is the kind of year that separates the purpose-driven entrepreneur from the ego-driven business owner.

Because the only thing that gets you through a year like this is pure, unflinching belief that you’re doing something you’re meant to be doing. Something that’s meant to help heal our wounded world, even in the smallest of ways.

I’ve had my doubts this year. I’ve endured betrayal. I’ve endured the terror of not being paid large sums by two of our biggest clients. Sleepless nights. Difficult dynamics. The whole shebang and more. And the one thing that’s kept me going? Knowing that not doing this is not an option. My default is FRQNCY. My team’s default is FRQNCY. And the most amazing thing has happened as we’ve battled through some of the hardest days of our lives. FRQNCY has become our blessing, our safe space. Our team has become a circle of support and humanity. An outlet for contributing positively to our world.

Somehow, FRQNCY is now stronger than ever. And that’s in large part thanks to the clear vision this business was born from.

I knew FRQNCY would be more than just a podcast production company. I knew it had to be smart, aware, compassionate and solid in order to stand the test of time. That test just happened to come earlier and way more intensely than expected.

2020 has challenged us hard, but we refuse to let this moment be bigger than us. Instead, it’s encouraged us to be as big as we’d always known we were and help others do the same.

And, you know what? I think 2020 was ready to teach the same lessons to the podcasting industry. That started to crystalize for me after the 100th time this year I got asked: “Where do you see the podcast industry going in the future?”

It became a question I found hard to answer because, the more I had those conversations, the more I realized how differently I saw the industry and its possibilities from other industry leaders.

Is podcasting the Wild West it was even just two years ago? No, but anyone who tries to guess what the future looks like may as well be reading the news from a Magic 8-Ball. I firmly believe that, in order to understand where podcasting is going, we have to first understand from whence it came.

As much as we’d like to romanticize podcasting as this shiny new medium, it is the evolution of a powerful tool that humans have been developing, growing, and fine tuning for tens of thousands of years: sound.

A podcast is a conduit, not a product. I know some of you are rolling your eyes into another dimension. But if we truly understood podcasting in its purest form, we’d get it. It seems the more we try to force this medium into the construct of Capitalism (monetize! productize! monopolize!), the farther we get from fulfilling its most powerful potential. The more we try to manipulate it for our own selfish gain, the more confused we get that it’s not yielding the results we’d projected in our proformas for the names in our Cap Tables.

And Capitalist confusion is what started to seep into our industry throughout the past two or so years. The massive deals. The huge takeovers. The fire hydrant-style pouring in of VC money. It’s resulted in a good bit of disillusionment, bad press, and resentment from independent creators, producers, and listeners.

Podcasting was always and continues to be an open source and free medium. And anytime this is at stake, the backlash is immediate.

Podcasting’s purity and accessibility are what attracted me to it in the first place. It’s what has allowed it to thrive. At its root, it’s unparalleled in its humanity and authenticity. When we forget that, we fail. When we remember that podcasting is the platform and not the product, we excel.

FRQNCY’s vision is a world united by sound. When I founded FRQNCY it was with the optimism and faith that sound was reemerging in all its glory as the near-mystical (and yet very physiological) tool that it is. We’re working toward that with every piece of audio we create on behalf of our clients and collaborators.

At FRQNCY, we trade ego for purpose. We trade a focus on profits for a focus on people. And yet, we’ve been profitable from day one. I have a sneaking suspicion our profitability is due to the big trades we’ve made.

Whether you realize it or not, you’re causing major ripples in the world with your every word, thought, and action.

If FRQNCY can help to turn the powerfully good ripples into waves, and perhaps even turn some waves into tsunamis, we’re succeeding.

As I continue processing what this year has brought us, I can already see the immense gifts it’s given us — a reminder of our resilience, the strength to resist what’s dissonant, and the power to resonate with those ready to listen. 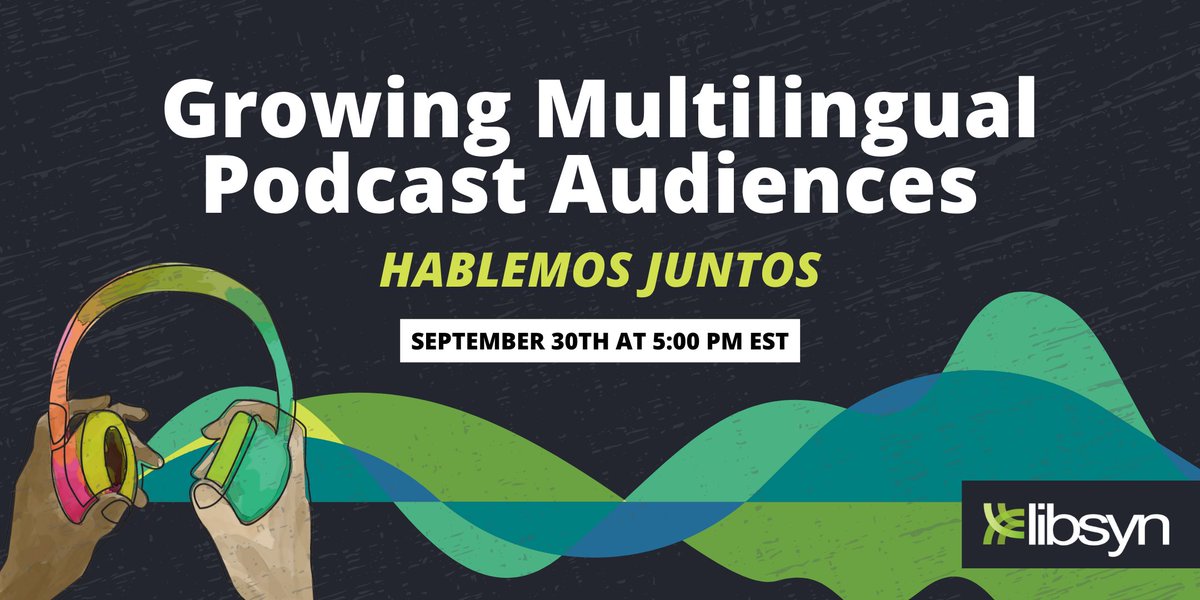 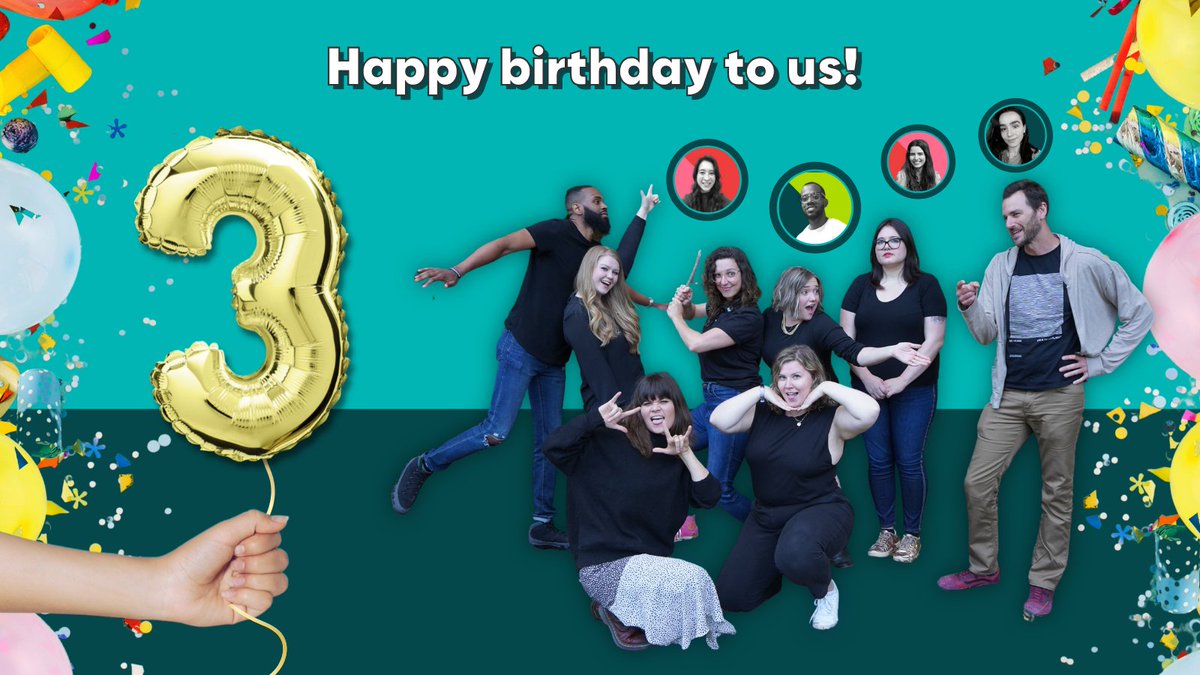